A downloadable launcher for Windows, macOS, and Linux

A simple but elegant launcher for emulators (and pc games)

Compatibility with many emulators and Retroarch

In theory, any emulator that can be executed under command line is compatible with FES Launcher. In Windows environment it has been tested with the most popular emulators of platforms such as NES (fceux, nestopia), SNES (snes9x), Nintendo64 (project64), Gamecube/Wii (dolphin), Playstation (epsxe), Playstation Portable (ppsspp), Gameboy (and Advance) (mGBA), Nintendo DS (desmume), Sega megadrive (bizhawk) and Nintendo 3DS (citra) working without any problem. Most of them even running in full screen from the launcher itself for a greater immersion.

Compatibility with 32 and 64 bits systems. And Windows, Linux and Mac operating systems.

It should work even in toasters I think.

By default FES Launcher consumes approximately 250mb of RAM and 10% of CPU, but when running an emulator from the launcher it will go to a low power mode (30 mb of RAM and less than 3% of CPU use) prioritizing a higher performance of the emulator executed.

Through the itchio project page you will be able to count on technical support from the developer himself to guide you in the use of this Launcher with the above mentioned emulators. Support valid to 6 months after purchase.

Had to install the following dependencies on Linux, if you’re having any “File or Directory not found” errors

FES Launcher has been developed using a video game engine called "Godot Engine". If you know how to program for this engine, you are invited to contribute or improve the source code available on github. 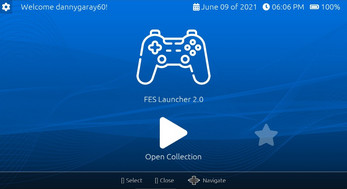 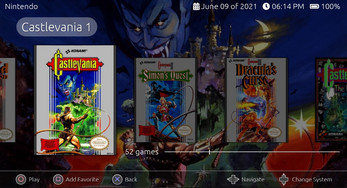 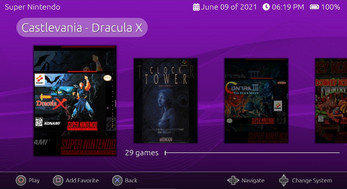 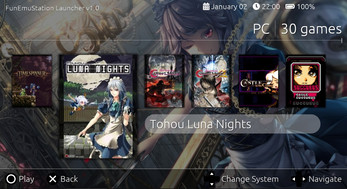 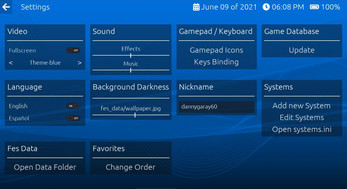 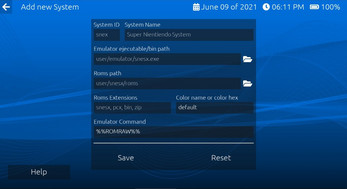 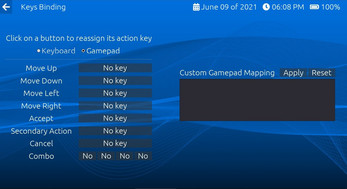